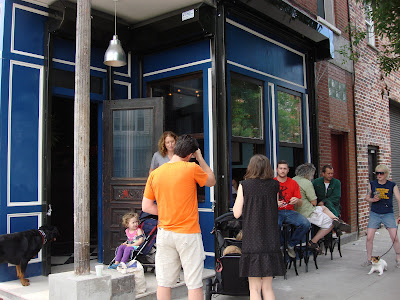 My three-year old and I recently had the chance to stop by Fort Defiance for breakfast at 365 Van Brunt street. Already the place was busy with locals getting their morning Counter Culture coffee fix. Brewed in a somewhat unusual way, the coffee is poured into an individual filter above and drips to the cup below: 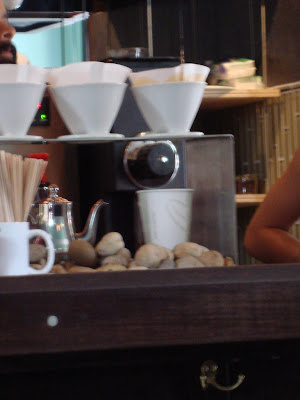 The place has a definite South American feel to it, with a little something extra. We enjoyed a chocolate croissant from Park Slope's Colson Patisserie, while chatting with owner St John Frizell. A Red Hook resident himself, St John has traveled extensively and clearly knows the business. 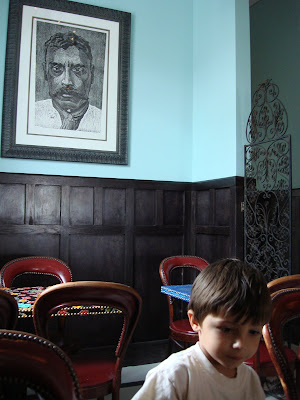 Still waiting for a liquor license, St John told us he hoped Fort Defiance would become the place you go to for coffee on your way to work, and for a drink on your back. 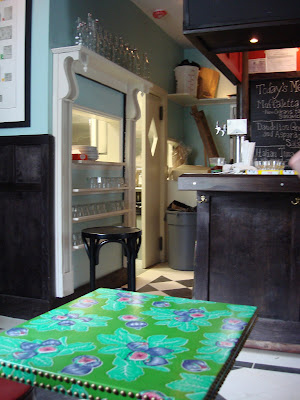 The menu is still being worked out, but already a staple will be the Muffuleta sandwich, just the way they make it in New Orleans, from the lesser known Sicilian influence of the city. 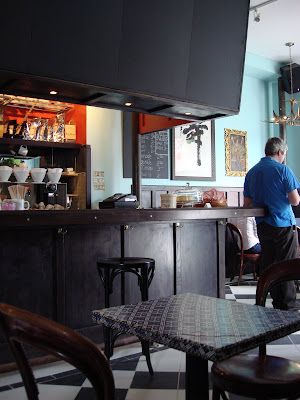 Fort Defiance, named in honor of the Red Hook fort built for the Battle of Long Island in 1776, during which Washington defended New York City from the British, is already off to a good start and can only get better. We hope it will be as steadfast as it's historical namesake.
Posted by Jessie B. at 10:40 AM