With new busy fall schedules and photo outings where camera batteries ended up being dead, we're running a little behind schedule lately. Luckily, the internet keeps moving. Here are some articles and blog postings about things that we meant to cover (oops!):

House of Pizza is Back!
The house of pizza on Union St. is back and looking better than ever after a couple weeks of renovation. Lost City (who seems to live in the neighborhood....) captured some pictures and observations. I'm sure the pizza is still as tasty as ever!

Trader Joes is open!
A few years back, so many Brooklyn neighborhoods suffered from a lack of grocery stores. Now grocery options just keep on coming. Luckily for us, Trader Joes offers something slightly different than other local favorites like Fairway and the Met. Unfortunately that means possibly making 3 grocery runs to get everything you want. Brooklyn Paper covers the opening here.

Not Just BJs, but a whole mall?
I was a little sad when I initially heard about plans for a BJs to open up in Red Hook. I was even sadder when I heard that it would be part of an entire mall. Brownstoner reports here and Brooklyn paper reports here.

Additional Waterfront District Festival coverage
While we did cover this particular item a while back, I did happen to run across someone else's take here.

Consider the following:
A) Our area has somewhat limited (or very limited) options for public transportation,
B) We have seen recent successes in projects like the Greenway
C) Our neighborhood is defined by major roadways (i.e. the BQE, the Battery Tunnel, and Atlantic Ave. to name a few)
D) All of Brooklyn seems to be in a battle over the streets
and
E) The flow of corporate sponsored responses to the lack of public transit (i.e. IKEA Transit) has been reduced this week.

Given this set of circumstances, transportation and alternatives to the traditional means of it are a hot topic for almost everyone around here. That being said, the following should be an interesting event for everyone:

On Thursday, October 2 at 6 p.m., the New York Transit Museum will present a screening of the documentary “Contested Streets: Breaking NYC Gridlock,” followed by a discussion led by Executive Director of Transportation Alternatives, Paul Steely White. This evening about sustainability and transportation will take place at the Transit Museum’s subway station home in Downtown Brooklyn. It is free to the public. Produced in 2006, “Contested Streets” is as relevant today to the city’s transportation debate, as it was when it was first released. The film recalls the rich diversity of New York City’s street life before the automobile age, and travels to cities around the world where innovative solutions have succeeded in breaking the chokehold of urban traffic. New Yorkers focused on rising oil prices, greenhouse gases, squeezed mass transit budgets and the defeat of Mayor Bloomberg’s congestion pricing plan will enjoy a lively and thoughtful evening about the balance between urban growth and sustainable, city-friendly transportation.

Posted by Chris B. at 7:27 PM No comments: Links to this post

Red Hook in the news

(image from AM New York)
Below are a couple of links to articles about Red Hook that I've been meaning to post this week:

Virtual Neighborhood Tour
On 9/18/08, AM New York ran an article all about Red Hook which contained some history as well as a listing of restaurants, stores, things to do, and more. Check it out here.

The Real Red Hook Real World?
Also featured in a number of publications this week was talk of a new TV pilot that aired at the New York Television Festival called "Red Hook High." It seems the show aims to be as realistic as possible and actually uses local teens as the main characters - even allowing them to have input in the writing and character development. If its truly done right, I hope a network will pick it up so we, the general public can see it. Here's what the NYTimes and ABC News had to say.
Posted by Chris B. at 10:39 PM No comments: Links to this post

Pictures of the first street fair on Columbia! 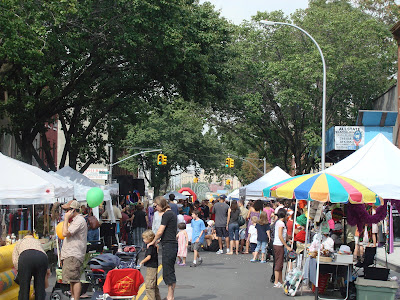 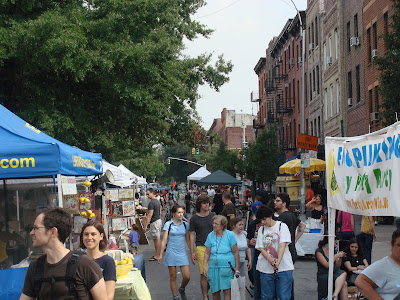 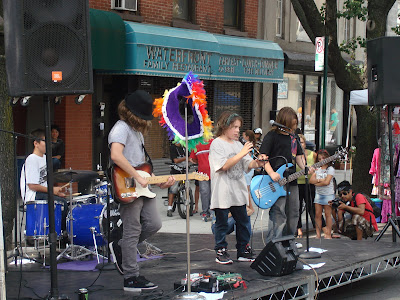 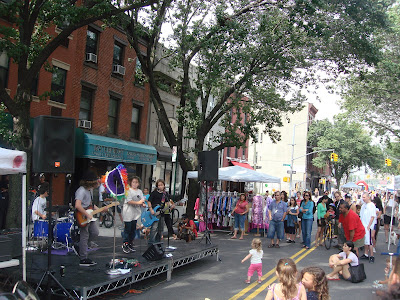 Posted by Jessie B. at 9:04 PM No comments: Links to this post

Jazz at the Urban Meadow, Brooklyn 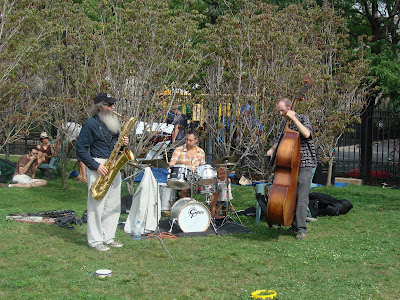 An absolute success!
Stay tuned for more...
Posted by Jessie B. at 9:01 PM No comments: Links to this post

As some of you already know, the First Annual Waterfront District is tomorrow and it promises wonders! Victoria and everyone at the Carroll Gardens Association have been working very hard and here are just a few of the vendors who will be present:
Also in the neighborhood 0n 7/13:
So you know what to do!
Posted by Jessie B. at 9:21 AM 1 comment: Links to this post

After sitting vacant for several months, it looks like the space on Union St. formerly occupied by Schnack (known for its beer shakes, hot dogs, and burgers) is being filled by 3 brothers that are known for their "Gourmet Mexican" street cart in Soho called Calexico.

Calexico, named one of the top 3 NYC food carts in 2006, will now be a restaurant, offering the Columbia Street Waterfront District a cheap but tasty alternative to the other well known Mexican restaurant in the area - Alma (Alma, we love you, but sometimes we need cheap Mexican takeout too).

Just reading their review at New York Mag is making me hungry!

Here's a brief history of the name and concept behind Calexico, according to their website:

Everything about the place is a mix of California and Mexico – especially its food. Equal parts Mexican taqueria and American Barbecue Pit, Calexico’s cuisine is down-to-earth and full of flavor, familiar and unique at the same time.

When we came to New York City we were blown away by the food. But for all its great restaurants, we couldn’t find anything that quite matched the flavors of Calexico. So we took it upon ourselves to introduce New York to Calexico style cooking.

We make everything from scratch with the freshest ingredients. We hope you like it. 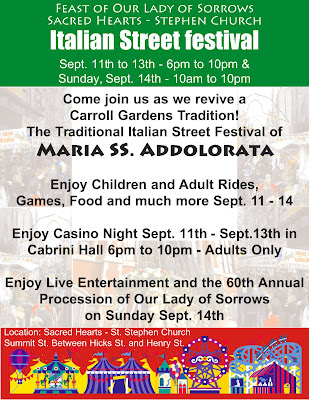 Posted by Jessie B. at 8:39 PM No comments: Links to this post

September at the Meadow - Yoga and Jazz!

And come join us for the Waterfront District Fall Festival
Saturday, September 13 - rain or shine
11am to 6pm
On Columbia street, from Union to Degraw, and on Union from Columbia to Hicks.
Enjoy the international foods, live bands, rides, and crafts.


The Urban Meadow is situated on President street at the corner of Van Brunt, next to Mother Cabrini park.
Posted by Jessie B. at 8:22 PM No comments: Links to this post 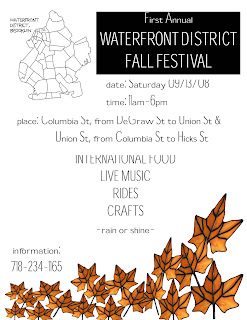 We've been brainstorming/fantasizing about the idea of a neighborhood festival for a little while, but while we've been busy dreaming, others have been putting it together!!

Should be a lot of fun, and of course a great chance for the residents and businesses of the neighborhood to come together.

The First Annual Waterfront District Fall festival
Saturday, September 13th, 2008
11am-6pm
Columbia St between Union and Degraw AND Union St. between Columbia and Hicks
Posted by Chris B. at 10:13 AM No comments: Links to this post 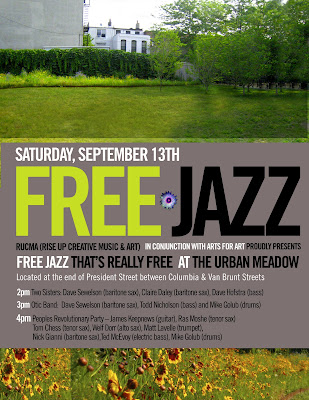 Bring a picnic, settle down and enjoy!!
Spread the word
Posted by Jessie B. at 3:19 PM No comments: Links to this post