Red Hook in the news

(image from AM New York)
Below are a couple of links to articles about Red Hook that I've been meaning to post this week:

Virtual Neighborhood Tour
On 9/18/08, AM New York ran an article all about Red Hook which contained some history as well as a listing of restaurants, stores, things to do, and more. Check it out here.

The Real Red Hook Real World?
Also featured in a number of publications this week was talk of a new TV pilot that aired at the New York Television Festival called "Red Hook High." It seems the show aims to be as realistic as possible and actually uses local teens as the main characters - even allowing them to have input in the writing and character development. If its truly done right, I hope a network will pick it up so we, the general public can see it. Here's what the NYTimes and ABC News had to say.
Posted by Chris B. at 10:39 PM 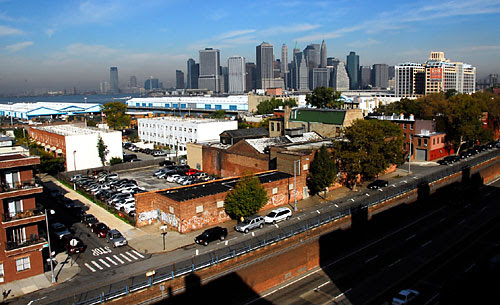